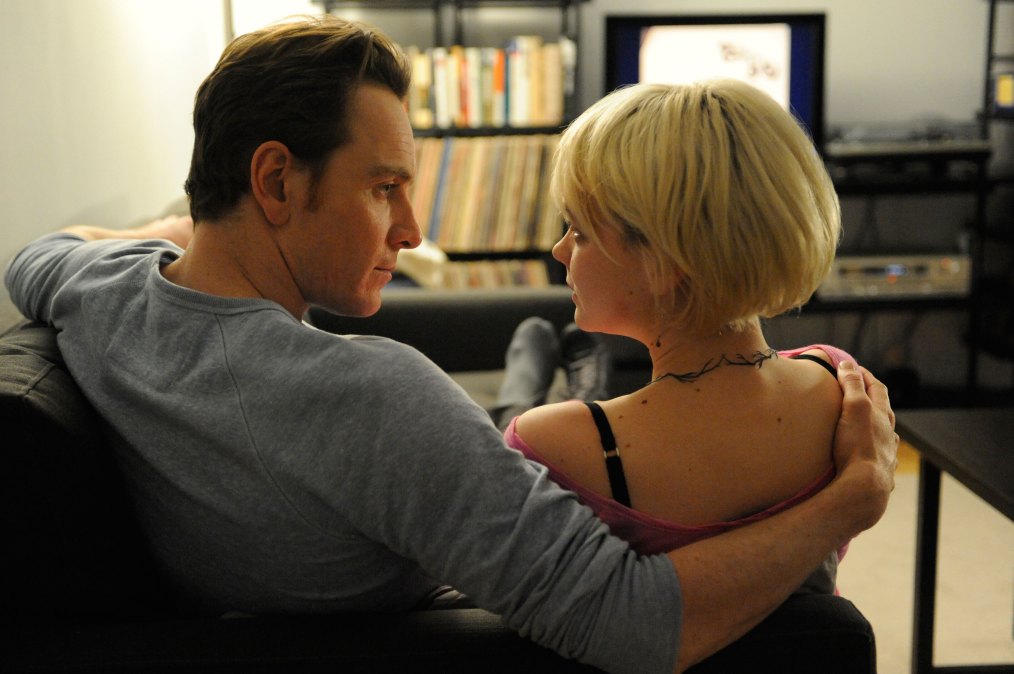 ‘Who can make who laugh first? My money is on Fassbender…’

Addiction has been dealt with in a myriad of styles by many different directors; alcohol, drugs and smoking obsessions have all been depicted numerous times on the big screen. It is noticeable then, that when comparing sex addiction to these obsessions, it has not been shown nearly as much in film. This is arguably a reflection of our modern society, as there is almost a taboo-like trait surrounding sex addiction. And yet, it’s the subject matter of choice that ambitious director Steve McQueen has decided to unabashedly tackle. It’s also McQueen’s second feature, a follow-up to 2008’s Hunger (also starring Michael Fassbender), and it is one which is sure to be unavoidably divisive, particularly in its many graphic scenes. Does Shame penetrate the mind as well as the body?

This entry was posted on January 28, 2012 by Amonymous. It was filed under Film Reviews and was tagged with Carey Mulligan, Film, Michael Fassbender, Review, Shame, Steve McQueen.