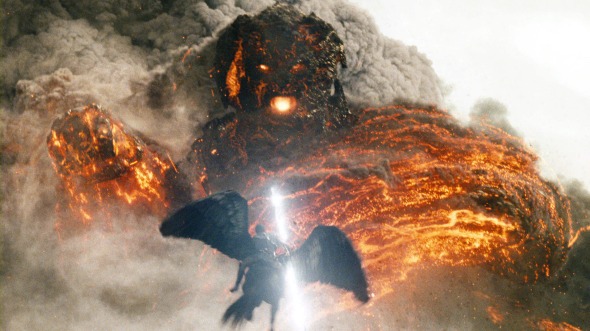 Although it grossed $493 million worldwide, 2010’s Clash of the Titans is a film best left forgotten, a lamentable plot and poor 3D combining with equally poor acting in a disappointing effort. Nonetheless as is so often the case, money talks, and the franchise has yielded an unearned sequel. Changes needed to be made and they have been, not least in the form of new director Jonathan Liebesman (Battle: Los Angeles). With some impressive looking trailers promising a look at some Titans this time round, has the sequel improved on its predecessor?

This entry was posted on March 30, 2012 by Amonymous. It was filed under Film Reviews and was tagged with 3D, Gods, Jonathan Liebesman, Liam Neeson, Sam Worthington, Wrath of the Titans.