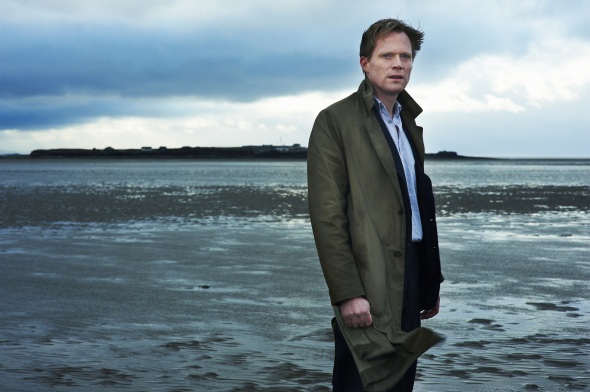 After last year’s The Awakening, Nick Murphy returns to the London Film Festival for Blood, a moody police thriller based on the TV series Conviction. Paul Bettany and Stephen Graham are Joe and Chrissie Fairburn, brothers and fellow police detectives who are investigating the grisly death of a 12 year old girl. When all the leads point to a convicted sex offender (a suitably disturbing performance from Ben Crompton) Joe thinks he’s got his guy, but the lack of evidence means he may go free. Haunted by a past failure in similar circumstances, Joe is determined not to let events repeat itself, and he and his brother take matters into their own hands. But when the investigation turns up more likely suspects, things spiral out of control as the brothers desperately try to hide the truth from their suspicious colleague Robert Seymour (Mark Strong).