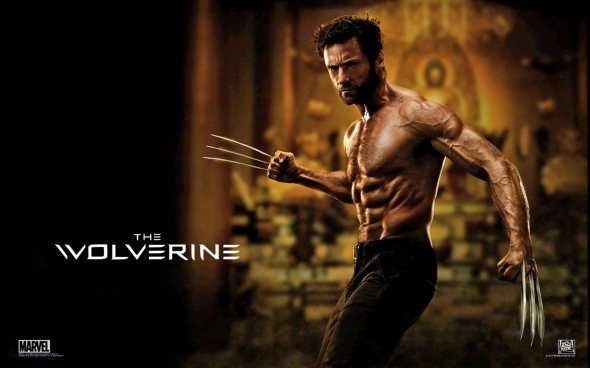 Set after the events of Brett Ratner’s disappointing X-Men: The Last Stand (2006), The Wolverine will see Logan (Jackman) travel to Japan after he is befriended by Yukio (Rila Fukishima). We soon learn that she was sent to find Logan by the leader of her clan, Shingen (Hiroyugi Sanada), who was saved by Logan in the past. However, when a battle leaves the former X-Man vulnerable, Logan must face a horde of enemies as well as confront his own immortality.

There’s an awful lot of berserker rage-fuelled action teased in the footage, from Logan doing battle with the Silver Samurai (Will Yun Lee) and skirmishes with ninjas, to what already looks to be a stunning fight sequence on a train. Equally enticing are visuals of Jean Grey (Famke Jannsen) – which we can assume will be a flashback given the events of X-Men: The Last Stand – and the beautiful backdrops of Japan, where the action will take place. The major takeaway here though is the fact that Logan may lose his ability to heal, with the final lines of the trailer in particular featuring some revealing dialogue to that end.

The Wolverine faces stiff competition in the superhero department this summer with the likes of Man of Steel, Iron Man 3 and Kick-Ass 2 all being released within a few months of one another. On the basis of this footage though, it would seem that Mangold and Jackman will deliver the goods.

James Mangold’s The Wolverine will claw its way into UK cinemas on 25 July, 2013.

This entry was posted on March 28, 2013 by Amonymous. It was filed under Film Trailers and was tagged with Hugh Jackman, James Mangold, Silver Samurai, The Wolverine.