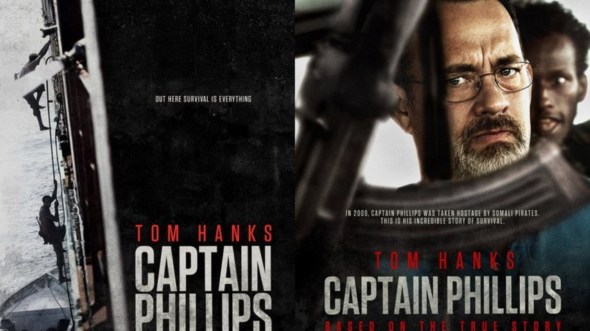 The true story of the Somali pirate hijacking of the Maersk Alabama vessel back in 2009 – and more specifically, how the ship’s captain, Richard Phillips, and his crew dealt with their captivity – drew national attention, turning Phillips into an overnight hero in the process. The captain landed a book deal and TV appearances, and now British director Paul Greengrass (best known for directing two of the three original Jason Bourne trilogy, as well as 2006’s United 93) is bringing his story to the big screen. We got our first glimpse of Captain Phillips (2013) back in May, and the second full trailer released today showcases more footage of what looks to be a powerful thriller, already selected as opener of the London Film Festival.

Hollywood star Tom Hanks (who sports an accent here) plays the titular Captain Richard Phillips, commander of the American cargo vessel the Maersk Alabama. When the ship is hijacked by a small screw of four Somali pirates, Phillips and some members of his crew are taken hostage. Set on a collision course off the coast of Somalia, both Phillips and chief pirate Muse (Barkhad Abdi) find themselves paying the human cost for economic forces outside of their control. Even in these two minutes the intensity of the situation is conveyed, and the booming score only serves to enhance the tension. The most intriguing aspect of this footage however, is the relationship between Phillips and his Somali counterpart. 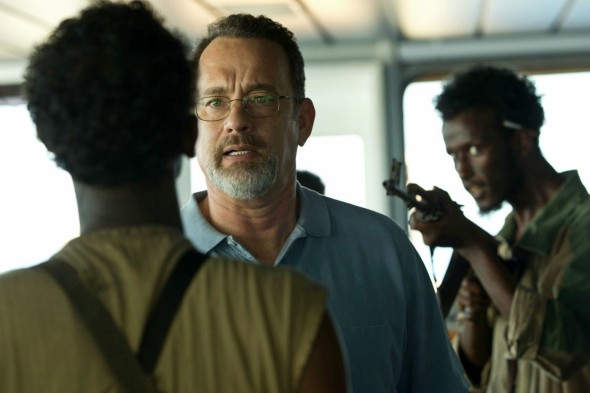 The latter, Muse, stamps his authority early on, declaring himself the new captain of the ship, but that doesn’t stop the captain from negotiating and indeed counselling his captor. At one point in the trailer, Phillips asks “There’s gotta be something other than kidnapping people”, to which Muse responds “Maybe in America”. Hanks has already won two Academy Awards, but if this trailer is anything to go by, it would be no surprise to see him nominated once again. Greengrass’ Captain Phillips also stars Catherine Keener as Phillips’ wife – seen here in one of the trailer’s opening shots – and Kevin Spacey, who also has a producer credit for the film.

This article was originally published at CineVue.

This entry was posted on August 9, 2013 by Amonymous. It was filed under Film Trailers and was tagged with Captain Phillips, Catherine Keener, Kevin Spacey, Maersk Alabama, Paul Greengrass, Tom Hanks.