Film Review | Thanks for Sharing 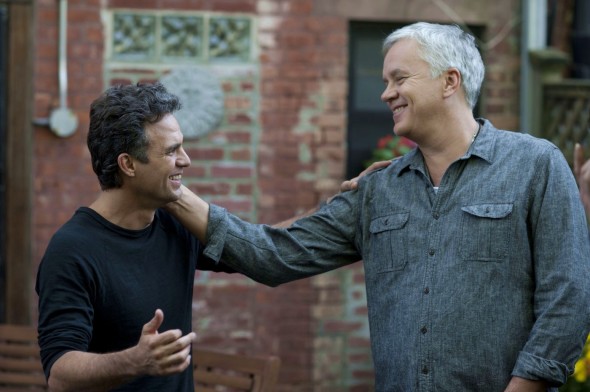 The examination of sex addiction in cinema is becoming more and more frequent. Steve McQueen’s Shame (2012) was a bold exploration of the topic, whilst Joseph Gordon-Levitt’s directorial debut Don Jon (2013) will once again put the subject under the microscope. Directed by The Kids Are All Right scribe Stuart Blumberg, Thanks for Sharing (2012) arguably has the most mainstream appeal of the three. Ultimately, it’s not a film to abstain from, nor is it a film you should be overly eager to indulge in either.

Blumberg’s debut follows three sex-addicted men who are in different stages of the twelve-step programme. Adam (Mark Ruffalo) is an over-achieving environmental consultant who has been ‘sober’ for five years and he is mentored by Mike (Tim Robbins), group leader and perennial attendee of many meetings. Our third protagonist is compulsive doctor Neil (Josh Gad) who is having a harder time coping with his addiction to the great frustration of his sponsor Adam. Each is encountered with new obstacles in their respective journeys as they try and build and repair relationships, all the while relying on each other for support.

Right from the off, Thanks for Sharing has an authentic, modern feel; from billboards to attractive women and everything in between, Blumberg is quick to underline the rampant temptation that exists in society today. This is contrary to the distinctly less genuine screenplay; A story such as this one would benefit from playing out as naturally as possible, but with all three subplots bleeding into one another far too neatly, it means that certain plot points (particularly in the final third) beggar belief. The storylines themselves also vary in their effectiveness. Mike’s is easily the weakest narrative strand, the relationship with his formerly drug addicted son Danny (Patrick Fugit) severely lacking the emotional punch required. 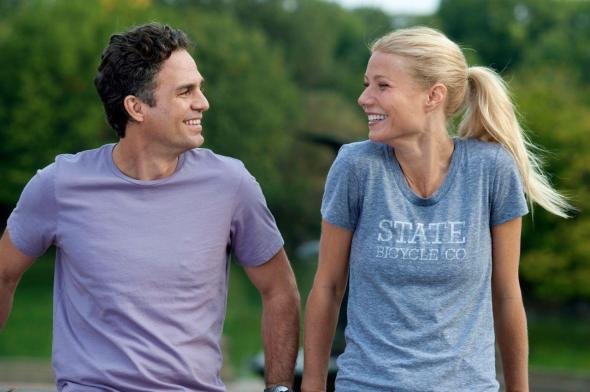 The drama between Adam and love interest Phoebe (Gwyneth Paltrow) thankfully offers a number of sweet and thought-provoking moments. Frustratingly, there are scenes that feel like they have more left in them but are cut, and the interesting issues that merit further screen time are only touched upon. Neil’s journey is the trickiest but it’s here where the film is at its accomplished best, with Blumberg balancing a multitude of tones like a seasoned pro.

The diverse cast also anchor the film with strong performances. Ruffalo and Paltrow make for a very watchable on-screen couple and Gad impresses again as Neil, earning both the audience’s sympathy and laughs. Fugit delivers appropriate dramatic heft when he is called upon as Mike’s estranged son whilst Alecia Moore (aka Pink) is also notable as Neil’s love interest, Dede, impressing in her first film role. Despite its plot contrivances, a good balance of weightiness and cute moments make Thanks for Sharing a robust if unmemorable watch.

This entry was posted on October 4, 2013 by Amonymous. It was filed under Film Reviews and was tagged with Alecia Moore, Gwyneth Paltrow, Josh Gad, Mark Ruffalo, Patrick Fugit, Stuart Blumberg, Thanks for Sharing, Tim Robbins.