Though there are a few exceptions here and there, a film headlined by Jason Statham usually falls into one of two categories; generic but entertaining actioner or generic and too lax to ignore actioner. Directed by Gary Fleder, Homefront offers up just enough satisfying fun to reside in the former group, taking its place alongside Parker and Safe as one of the Stath’s better offerings in recent times.

Penned by Sylvester Stallone – who was set to star in the lead role before he got old(er) – Homefront centres on widowed ex-DEA agent Phil Broker (Statham), who has left the undercover life behind for a decidedly quieter one with his 10-year-old daughter Maddy (Izabela Vidovic). After Maddy beats up a mean classmate at school – as any Statham child is inherently taught to do – Broker soon winds up on the radar of meth dealer Gator Bodine (James Franco), brother to the bully’s junkie mother Cassie (Kate Bosworth).

The narrative doesn’t score many brownie points for originality, but Theo Van de Sande’s cinematography does a good job of maximising Homefront’s bayou setting. There are some interesting ideas at play in Stallone’s screenplay, not least of which is the impact an act of kindness may have on even the most undeserving of recipients. Sadly, the drama remains rather basic throughout, and there are multiple junctures where the script is flat-out lazy. 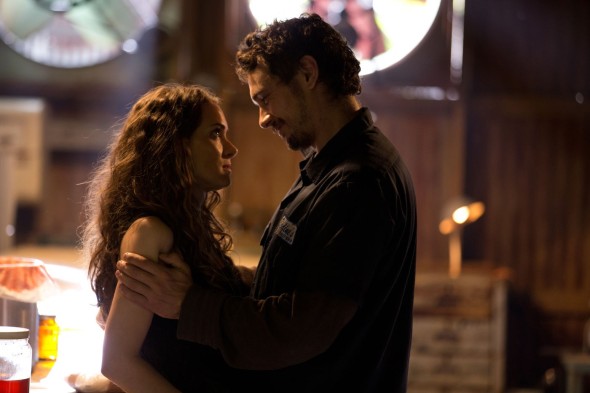 When it comes to action films, there are few more welcome sights than a Statham one-liner swiftly followed by a Statham beat-down, and in this regard Homefront delivers the goods. In those moments, everyone (save the overmatched bad guys) knows what’s about to happen, which makes it all the more amusing and enjoyable when it comes to pass, no matter how brief the skirmishes may be. With that said, Fleder doesn’t always take full advantage of his prized asset’s abilities, a poorly shot climactic action sequence reducing Statham’s blows to shadows.

Beyond his customary action chops, Statham also shares some easy chemistry with Vidovic, and the warm father-daughter relationship gives Homefront some welcome heart. After a superbly imposing introduction, Franco’s Bodine becomes less terrifying as the film proceeds. This is a conscious decision on the part of both the writing and the actor; for all his posturing, all Bodine wants is to land a big score to escape the life without getting his hands dirty in the process. While this does rob us of any character who can pose a significant physical threat to Statham, the film is ultimately better for this atypical approach, and Franco underplays the role appropriately. Elsewhere, Bosworth also impresses with a committed performance as a volatile, meth-addicted mother.