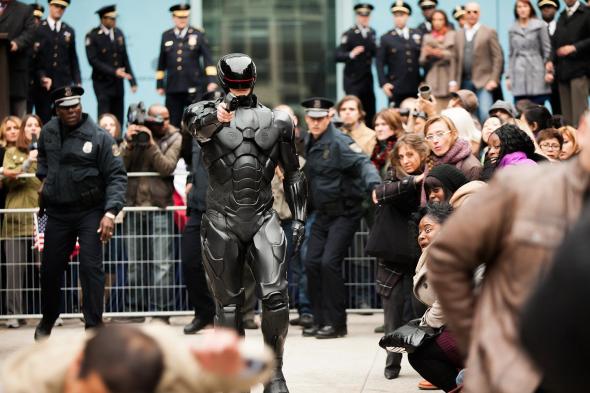 Joel Kinnaman is best known to audiences as one of the leads on popular US TV show ‘The Killing’, but this month sees him make the jump to the big screen as the title character in Jose Padilha’s RoboCop remake.

Ahead of the film’s UK release this week, I spoke to the Swedish actor on behalf of HeyUGuys about working in a RoboCop suit, the tough love policy from co-star Michael Keaton, and the differences between action sequences and dramatic scenes.

This entry was posted on February 8, 2014 by Amonymous. It was filed under Interviews and was tagged with Joel Kinnaman, RoboCop.