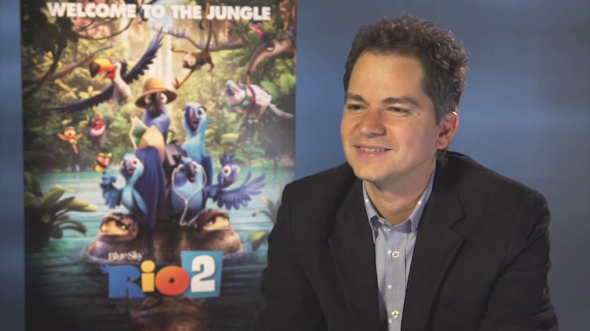 With its catchy music, colourful visuals and perfectly pitched performances from its star-studded cast, Rio struck a chord with audiences back in 2011. Indeed, it amassed over $480 million worldwide and was the thirteenth highest grossing film of that year. Directed by Carlos Saldanha, it’s no surprise that a sequel will be gracing our cinema screens later this week, offering more of the same family-friendly fun.

When I caught up with Saldanha, I asked him about the challenges of making a sequel, what animated film from his younger years he would have liked to have directed, and whether or not he has any ideas for Rio 3. Additionally, I asked him to draw me as an animated character in the Rio universe, with amusing results! Have a watch below.

This entry was posted on April 7, 2014 by Amonymous. It was filed under Interviews and was tagged with Carlos Saldanha, Rio 2.