Rewind 7 years to the day, on June 17 2005 Batman Begins was released in Cinemas

The quintessential superhero origin story, Christopher Nolan’s Batman Begins reinvigorated the Batman franchise, grounding the costumed vigilante in realism and garnering critical and commercial acclaim in the process. Its influence can now be seen in many a superhero derivation, most recently in the upcoming The Amazing Spider-Man reboot which is aiming for the darker, grittier tone in Nolan’s Batman saga.  With the highly anticipated The Dark Knight Rises just around the corner, now would seem a fitting time to revisit the beginning of Nolan’s Batman trilogy.

Nowadays, it is a rare thing for a sci-fi film to be justifiably termed groundbreaking. But it’s an apt word to describe The Matrix, an action thriller directed by Andy and Larry Wachowski.  The sequels, entitled The Matrix Reloaded and The Matrix Revolutions, amped up the action and ultimately bookended the story satisfactorily. However, this wonderful mash-up of style and substance, combined with the surprise factor of something never before seen, is not easily eclipsed. The Matrix is one of those films that could happily have remained a standalone piece as opposed to part of a trilogy. Take the red pill to discover why it is worthy of our film flashback treatment. Or just keep reading.

Read the rest of this film flashback here.

‘Game’ is defined by the urban dictionary as ‘the art of using persuasive discourse, either with women or in any situation, to get what one wants’. It is something which all men need – at least to some extent – and must strive for. Because as Will Smith’s character says himself; ‘No guile, no game…No girl’. This blend of realistic notions with a Hollywood film’ obvious need for artificial events is one of the reasons why 2005’s Hitch is so alluring, and still makes for an enjoyable watch years later. You could do far worse for a Valentine ’s Day movie.

Prior to writing this review, on Wednesday night I decided to re-watch Pulp Fiction whilst doing some menial housework. After all, I had seen it many a time before – I figured the film did not require my full attention. Within 10 minutes of ‘casually’ watching the film, I dropped my dustpan and brush, grabbed some food, and sat myself down. The housework would have to wait. Such is the remarkable nature of Quentin Tarantino’s masterpiece that you at once become absorbed in this unique, time-twisting tale. 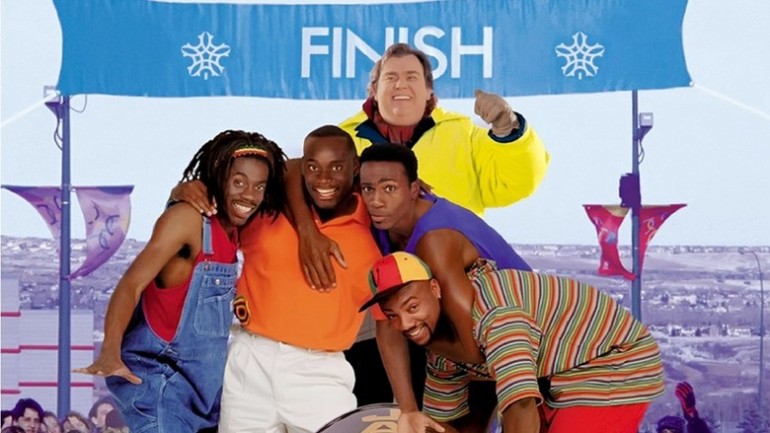 I wasn’t old enough to understand at the time, but I would hazard a guess that the idea of a Jamaican bobsledding team would have sounded strange to most people. Essentially, we’re talking about people who leave their homeland, a country where it’s hot almost all of the time, to go and race a bobsled down some ICE?! Suffice to say, you wouldn’t find me doing it. And yet, Cool Runnings comes through the chequered flag in flying colours, resulting in a film which is still enjoyable to watch to this day.