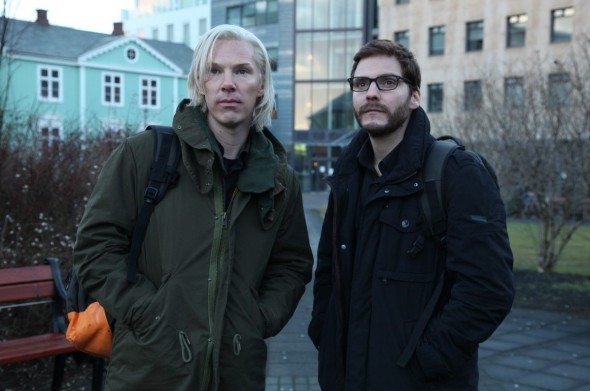 Directed by Bill Condon and based on two novels – one by Wikileaks partner Daniel Berg, the other by Guardian journalist David Leigh – The Fifth Estate is an enjoyable dramatisation of the tumultuous rise of whistleblowing website Wikileaks and the relationship between its two founders. The film opens with the now infamous release of classified US military information before rewinding to the first meeting between Julian Assange (Benedict Cumberbatch) and Berg (Daniel Bruhl). As Wikileaks’ popularity grows in the wake of its public unmaskings, the friendship between its two creators sours as they clash over Wikileaks’ mission and morals.

Five years and four bestselling books later, it seems we’ve finally come to the end of the multi-million dollar grossing, teen vamp Twilight saga. Long-awaited final chapter Breaking Dawn – Part 2 (2012) will likely add to that undeniably impressive gross haul, whilst fans of Stephenie Meyer’s novel can rejoice in the fact that the Bill Condon-helmed conclusion is easily the best of the series. Picking up immediately from where last year’s predecessor left off, Breaking Dawn – Part 2 sees Bella Cullen (née Swan, Kristen Stewart) – now a vampire – revelling in her newfound abilities with husband Edward Cullen (Robert Pattinson). Unfortunately for the happy couple, the ruling Volturi sect are soon made aware of their half-breed daughter Renesmee (Mackenzie Foy) and, believing her to be an immortal child, move to destroy the coven. In an effort to prevent a bloody battle, Bella and Edward must amass witnesses to prove Renesmee’s harmlessness.