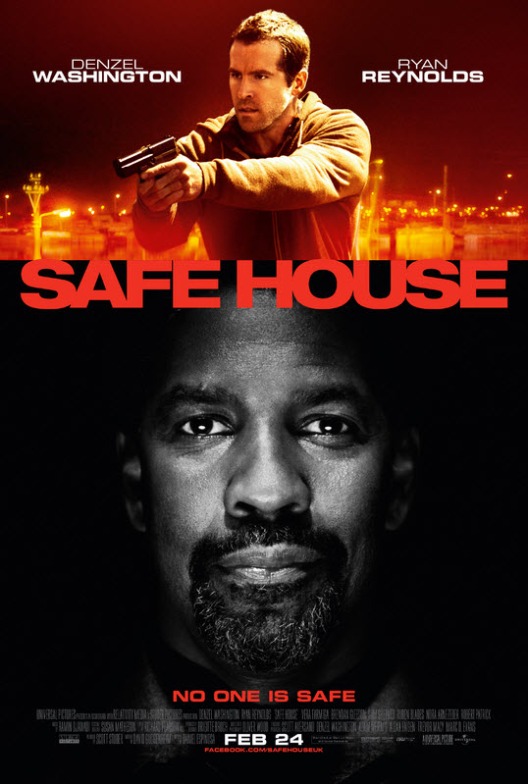 Denzel Washington has played a few bad-asses during his 38 year career, the most notable of which was Alonzo Harris in Training Day, a performance that won him an Oscar. Safe House –Washington’s first film for over a year – sees him play Tobin Frost, a former agent who has been on the run for a decade selling secrets to anyone and everyone for money. As must happen in these types of films, justifications for ones actions must be explained, and this is especially intriguing here as the lines between right and wrong are particularly blurred in an overarching theme that serves the film well.