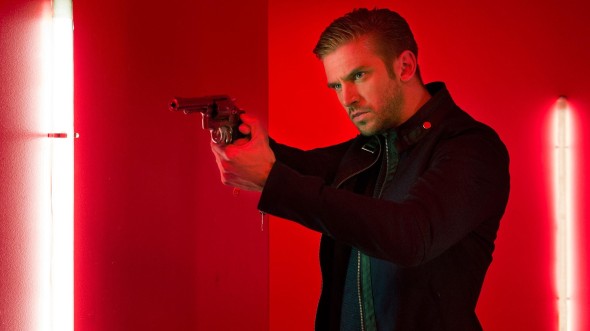 Though fans of Downton Abbey will already know of the blue-eyed Dan Stevens, many more will be introduced to the one-time Lord of the Manor in The Guest. Directed by Adam Wingard – who helmed 2013’s well-received horror You’re Next – Stevens stars as the titular ‘Guest’ David. Welcomed into an unsuspecting family’s home, he appears to be the perfect houseguest, all the while hiding a mysterious past.

It’s a superb breakthrough performance from Stevens, full of swagger and charm. There’s plenty more to look forward to from him this year too; we’ll next see him starring alongside Liam Neeson in this month’s A Walk Among the Tombstones, and he’ll be taking on the mantle of Sir Lancelot in Night at the Museum: Secret of the Tomb.

The Guest was the focus of our chats though, and Stevens spoke of playlists, the atmosphere on set, and how he’s going about picking future projects. Have a watch below.