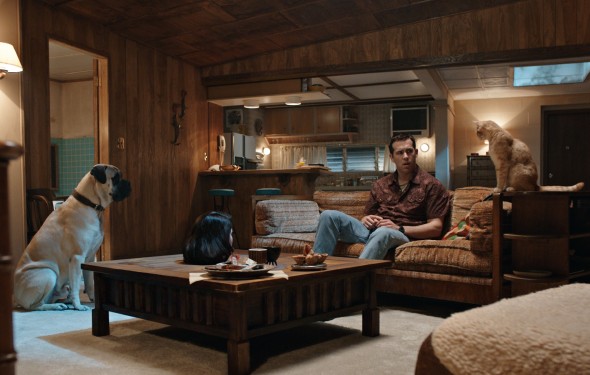 One of the highlights of this year’s Sundance London film festival was undoubtedly The Voices. The fourth feature from Iranian director Marjane Satrapi, it stars an on-form Ryan Reynolds as a disturbed factory worker who hallucinates his cat telling him to be a serial killer.

On behalf of This is Fake DIY, I was at the O2 last week for the film’s Sundance London premiere, and I quizzed the leading man and the director on voice acting, intense scenes, and the film’s show-stopping musical number. Have a read below.

END_OF_DOCUMENT_TOKEN_TO_BE_REPLACED

British features centred around the older generation are becoming more and more commonplace of late, with the latest filmmaker to focus their attentions upon senior citizens being Paul Andrew Williams. Looking at Williams’ work to date – which illustrates the director’s affinity for the crime and horror genres – his decision to tackle a comedy-drama would seem a curious one. However, thanks to two excellent lead performances, Song for Marion (2012) eventually proves to be a heart-warming watch.