Having previously teamed up for 2011’s Bad Teacher, director Jake Kasdan reunites with Cameron Diaz and Jason Segel for R-rated comedy Sex Tape. Though it starts strong and finishes well, script flaws mean it’s unfunny for the majority of its run time, squandering the potential of a great cast and an entertaining premise.

END_OF_DOCUMENT_TOKEN_TO_BE_REPLACED 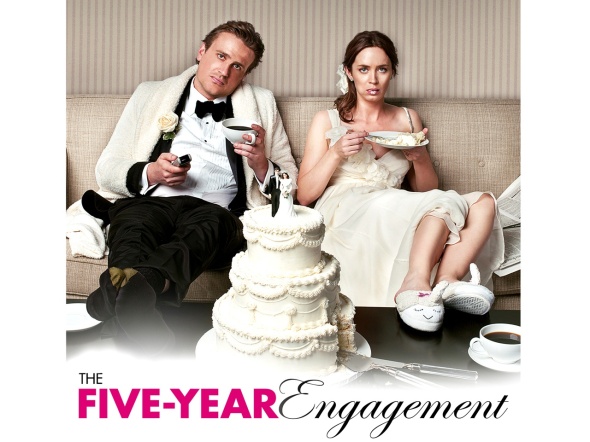 Prolific man-child director Judd Apatow is back in the producer hot-seat for The Five-Year Engagement (2012), an entertaining romantic comedy which will please Apatow fans as well as appeal to broader audiences. Directed by Nicholas Stoller, the plot follows Tom (Jason Segel, reuniting with Stoller) and Violet (Emily Brunt) who become engaged after a unique proposal in the film’s opening minutes.

Plans are made and venues are booked, but when Violet jumps at the chance to pursue her academic career in Michigan, Tom agrees to delay the wedding and put his own career as an aspiring chef on hold. Predictably, Tom’s willing sacrifice soon turns into resentment; Violet thrives in her new position while Tom wastes his talent preparing sandwiches in a deli, lamenting what could have been. As the planned two year stay is continually extended, more and more obstacles emerge for the likeable couple.