John Wells is no stranger to working with ensembles. An award-winning producer on a number of popular American TV shows – including E.R., The West Wing and Shameless – he made the jump to director with The Company Men (2010), a patient corporate drama headlined by Ben Affleck, Tommy Lee Jones and Chris Cooper.

For his sophomore directorial effort, Wells has taken on the ambitious task of adapting Tracy Letts’ Pulitzer Prize-winning play August: Osage County to the big screen. The film is chock full of A-List talent and impressive performances, and on behalf of HeyUGuys I got a chance to speak to him ahead of the film’s UK release this week to chat about working with so many talented actors, in addition to some of the challenges he faced.

You can read my review of August: Osage County here. 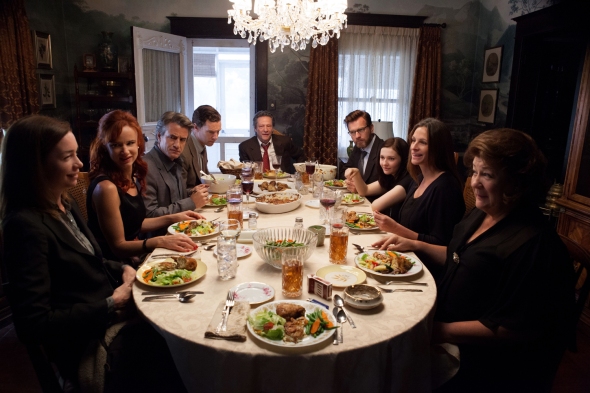 There is something innately relatable about family dysfunction. Whether you’re part of a tight knit brood or only meet up for holidays, disagreements are inevitable. Sometimes those encounters are flippant, and other times they can be decidedly more hurtful. An adaptation of Tracy Letts’ Pulitzer and Tony-Prize winning play, August: Osage County is very much of the latter variety. Though it’s not helped by John Wells’ workmanlike direction, the razor sharp dialogue combined with supreme acting prove just enough to compensate.