Film Trailer | Guardians of the Galaxy 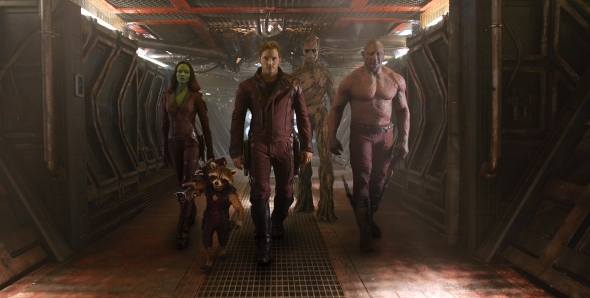 Kicking off with Jon Favreau’s Iron Man (2008), the past six years have seen Marvel gradually build to become a blockbusting behemoth, the apex of which was ensemble adventure Avengers Assemble (2012). That success has granted Marvel the leeway to bring even more outlandish projects to the big screen, and in that regard Guardians of the Galaxy (2014) is easily their riskiest venture yet. Directed by James Gunn, it’s the first and only ‘Phase Two’ instalment that isn’t a direct sequel to what’s already been established. As is the custom for big releases, the past few days have seen the marketing machine ramp up ahead of today’s big reveal, and now we finally have our first good look at our ‘cosmic Avengers’.