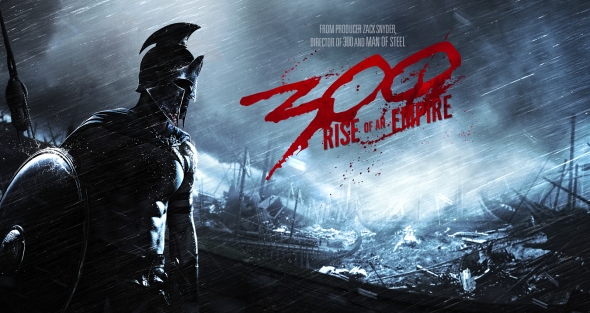 Zack Snyder’s 300 was a surprise hit back in 2007, a veritable feast of stunning visuals, hyper-violent battles and quotable lines, the latter of which has predictably come back in vogue in the past few weeks. Snyder has since moved on to bigger and (arguably) more muscular heroes allowing Noam Murro – whose only previous filmmaking credit came with 2008’s Smart People – to step into the director’s chair for long-gestating follow-up 300: Rise of an Empire. Though the second instalment isn’t as proficient as its predecessor or the Spartans contained within it, the story expansion in addition to another welcome helping of spectacle make it a worthy addition to the saga.

END_OF_DOCUMENT_TOKEN_TO_BE_REPLACED

Back in 2007, Zack Snyder’s stylishly-directed 300 was a surprise hit, slashing its way to $456 million at the global box office. The director has since busied himself with a little known film called Man of Steel (2013), which gets its worldwide release this week, and so the reins have been handed over to Noam Murro for the next chapter of the saga, 300: Rise of an Empire (2014). Yesterday saw the unveiling of a new poster and, as is the trend these days, a new trailer has swiftly followed.