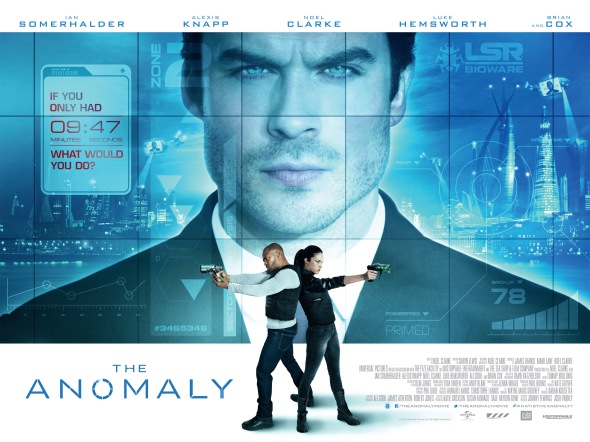 Whilst not quite sparse enough to be considered anomalies, British sci-fi thrillers are rare beasts. As such, you have to at least admire the ambition in Noel Clarke’s third directorial feature – titled The Anomaly – if not the execution.

Set in the near future, the Memento-inspired plot is centred on grizzled ex-soldier Ryan (Clarke), who wakes up sans-memory in the back of a van with a kidnapped boy. After 9 minutes and 47 seconds Ryan blacks out, only to reawaken several days later in a new location. This cycle keeps repeating itself, and each ten minute rebirth brings with it a new set of clues as to Ryan’s predicament.

END_OF_DOCUMENT_TOKEN_TO_BE_REPLACED

Released just in time for the festive period, Saving Santa (2013) is yet another animation given the cinematic treatment despite being planned as a DTV feature. Directed by Leon Joosen and Aaron Seelman, it’s a fairly watchable jaunt that’s high on Christmas spirit but short on originality. Bernard (Martin Freeman) is a lowly stable elf with aspirations of one day joining the elf elite by becoming one of Santa’s inventors. He hopes his latest gadget, which accesses people’s happiest Christmas memories and replays them, can help fulfil his dream. However, an unexpected malfunction exposes Santa’s secret location to the world. This prompts evil and bitter Nevill Baddington (Tim Curry) to invade and steal Santa’s secrets. To set things right, Bernard must use the TimeGlobe time travel device in Santa’s sleigh to thwart the villain.