Few characters benefitted more from Peter Jackson’s second instalment of The Hobbit trilogy than Thorin Oakenshield, leader of a dwarf clan intent on reclaiming their homeland. As portrayed by Richard Armitage, it’s a subtle performance of a layered character, one we’re looking forward to seeing more of when The Hobbit trilogy comes to an end later this year.

When I sat down with Armitage ahead of the home entertainment release of The Hobbit: The Desolation of Smaug, I asked him about his fondest memories of Middle Earth, which scene from The Lord of the Rings trilogy he would have liked to see in 3D, and what he’s most excited for audiences to see in trilogy-capper There and Back Again. Have a watch below.

This article was originally published at HeyUGuys.

April 8, 2014 | Categories: Interviews | Tags: J.R.R. Tolkien, Richard Armitage, The Hobbit, The Hobbit: The Desolation of Smaug, There and Back Again | Leave a comment

Film Trailer | The Hobbit: The Desolation of Smaug 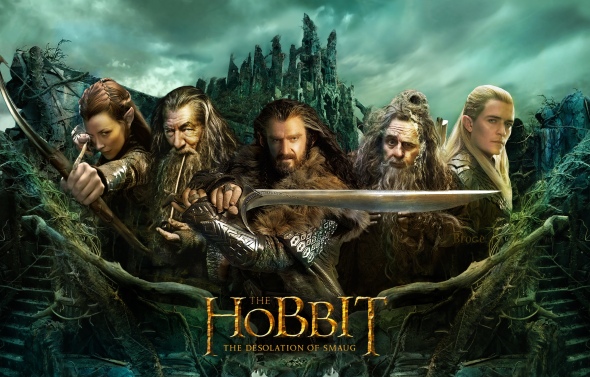 We’re now entering the final quarter of the year, and although there are many great-looking films yet to be released, only a few will be more hotly anticipated than the second instalment of Peter Jackson’s pre-Lord of the Rings trilogy, The Hobbit: The Desolation of Smaug (2013). Following the character banners that have been revealed in the past few days, a second full-length trailer has surfaced online, giving us a tantalising glimpse of this big-budget December blockbuster.