At the beginning of the year, you would be hard pressed to find a ‘most anticipated films of 2012’ list that didn’t feature The Dark Knight Rises. But Batman on film wasn’t always this popular; 1997’s Joel Schumacher directed Batman & Robin is widely regarded as one of the worst comic book movies of all time (and with good reason). Christopher Nolan managed to reinvigorate the franchise with 2005’s Batman Begins.  He went one better and set a new benchmark for superhero movies with The Dark Knight in 2008. With The Dark Knight Rises, has Nolan outdone himself again? 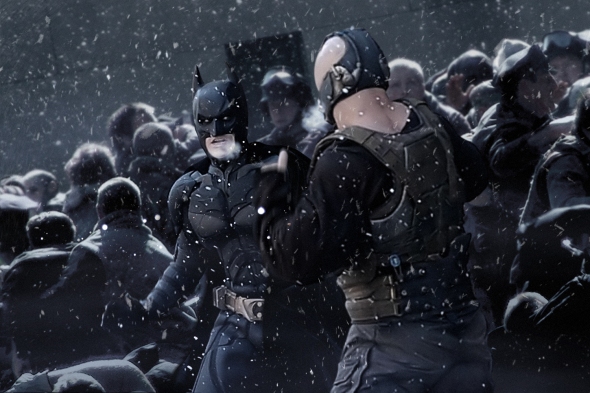 During the past few months, my excitement for Avengers outweighed my anticipation for Christopher Nolan’s final Batman flick, and those of you who have seen Joss Whedon’s superhero team-up will be aware of how much that excitement was justified. But on the short list of possible films to top Avengers (my film of the year thus far), The Dark Knight Rises is at the very top. With the July 20 release date drawing ever nearer, the marketing is guaranteed to kick up a few notches, and today Warner Bros. have unveiled a third (and final?) theatrical trailer for Nolan’s conclusion to his Batman trilogy. You don’t need me to tell you to hit the link, do you?