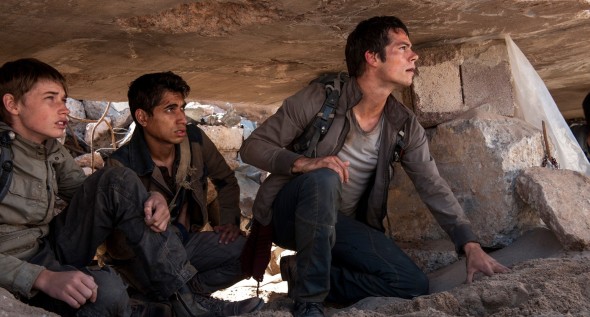 Near the end of Maze Runner: The Scorch Trials, the sequel to Wes Ball’s decent YA adaptation The Maze Runner, the main character declares “I’m tired of running”. It’s a telling piece of dialogue that can be applied to this overlong sequel, which is sorely lacking in the necessary character and narrative legwork. It makes for the worst kind of middle chapter; one that you have to watch, but isn’t really all that compelling.

We immediately rejoin Thomas (Dylan O’Brien), Teresa (Kaya Scoledario) and the other Gladers who are now being transported to a remote complex following their escape from the maze. While his compatriots are all too happy with finally having hot showers, a bed, and more provided by the shifty man in charge Janson (Game of Thrones’ Aiden Gillen), Thomas is instantly suspicious of their new surroundings. It isn’t long before his instincts are proved correct, and the film’s best scene sees Thomas and the Gladers escaping the underground facility, emerging into the desolate and unforgiving Scorch.